TIM SCHOU published with „MAD LOVE“ the second single from his debut album
„HERO/LOSER“ (09.04.21 ). The song is an explosive and at the same time emotional duet
between TIM and the young Danish singer SOWFY. Tim wrote the song
among others with the British pop singer Ella Henderson.

Facts Tim Schou:
• To date, Tim has recorded over 15 million Spotify streams and more than 3200 plays
on Danish radio
• The single “Where You Are” stayed in the top for 10 consecutive weeks
100 on the Danish airplay charts
• As a songwriter he has worked with Ella Henderson, Alma, Felix Jaehn and Sick Individuals, among others
worked and sold platinum in Sweden with Anton Hagman.
• In 2020 Tim Schou was in the TV series “Et Giftigt Venskab” (A Toxic Friendship)
to be seen on the Danish TV channel DR3
• Tim replaced Justin Timberlake in the Danish version of DreamWorks ’
Animated film “Trolls World Tour”.

On his new single, Tim teams up with three talented women

Tim Schou’s new single “Mad Love” feat. Sowfy is out April 30th and is a harbinger of his
Debut album HERO / LOSER to follow on April 9th. The song is explosive and at the same time emotional
Duet between Tim and the young Danish singer Sowfy. As the title suggests, acts
“Mad Love” of young, overwhelming and indomitable love.
The song was written in England after the well-known pop singer Ella Henderson (Ghost) died
Danish singer / songwriter had been invited to London to write songs for Henderson’s own projects
to write. They hit it off instantly and eventually wrote “Mad Love” for Tim. The song
was later recorded in Copenhagen with the radiant newcomer star Sowfy, one of the
most exciting new voices in the Danish music scene. Alex Beitzke acted as producer (i.a.
James Arthur’s “Say You Won’t Let Go”) and the two Danish producers Andreas Ringblom and
Søren Christensen.

Hardly anything in life feels as uncontrollable and crazy as being in love. The video
captures the euphoria of this feeling, but also the experience of being unhappily in love.
This time Tim Schou ventured behind the camera himself and gave the baton for the lead role
Anna Lykke Oehlenschlæger continues (Anna is currently also in the TV series “My crazy twin” in
Danish public broadcaster DR3). “Anna has access to the vibe very quickly
of the song found. She accepted the task without hesitation and her interpretation of it
submitted what a love adventure can look and feel like”, says Tim.

Tim directed the video together with Lukas Valentin. Together with the production company
“Mirror Entertainment” gave free rein to their poetic thought games. Tim contacted the
American lyricist Christopher Poindexter, who immediately agreed to a collaboration. The
The result is a video about love and being in love, based on Poindexter’s poems.

„That my music can be a mouthpiece for other artists like Christopher and Anna is one thing
fantastic feeling. Working creatively together can make all the difference
and I am very proud of this project“, says Tim. 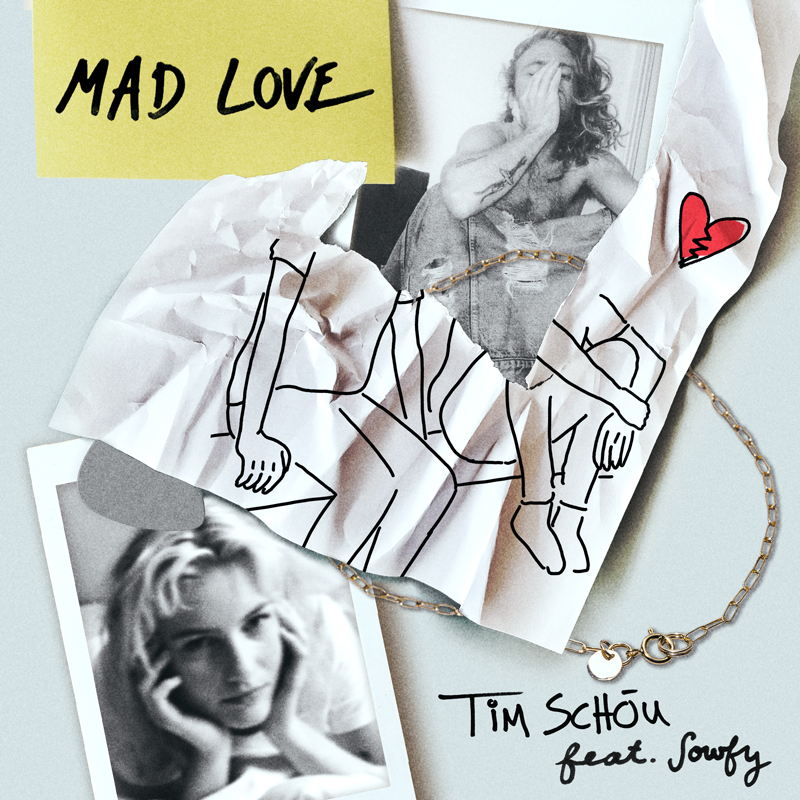