Not only the song title is reminiscent of the Brazilian classic song “The Girl From Ipanema”, the melody also takes the sounds of the original and brings them into the 21st century.
The accompanying video is a solemn homage to the indestructible and pulsating culture of Rio de Janeiro, hometown of the international pop superstar

POP SUPERSTAR ANITTA RELEASES NEW SINGLE & MUSIC VIDEO
“GIRL FROM RIO”
PREMIERE OF THE VIDEO ON MTV LIVE, MTVU, MTV NETWORK & DEM
VIACOM CBS BILLBOARD IN TIMES SQUARE
ON THE MAY COVER OF ALLURE
TV TAKEOVER IN THE US IN THE COMING WEEK WITH
PERFORMANCE IN THE “TODAY SHOW” AND AT “JIMMY KIMMEL LIVE!”

April 30, 2021 – Anitta has unveiled her new single “Girl From Rio”. The accompanying
Video is a solemn homage to the indestructible and vibrant culture of Rio de
Janeiros, hometown of the international pop superstar. The clip celebrated his today
worldwide premiere on MTV Live, MTVU and on the worldwide MTV channels as well as on
the ViacomCBS billboard in New York’s Times Square. You can find the music video here
see.
Not only the song title is reminiscent of the Brazilian classic song “The Girl From
Ipanema ”, the melody also takes the sounds of the original and brings it to the 21st
Century. Anitta also serves cheeky and witty stanzas that pave the way for them
Enable sing-along hook: “Hot girls where I’m from. We don’t look like models. Tanned
lines, big curves, and the energy glows, you’ll be falling in love with the real Rio. ”
The blockbuster video brings the song to life in a seamless way. Inspired by
A musical classic from the middle of the last century, Anitta is in the 1940s
Swimsuit similar to those beauties seen on aircraft rudders in the second
World War emblazoned. Surrounded by languishing sailors, she starts one
breathtaking exercise. Then the plot jumps to the present day and we
get a glimpse of the ultimate beach day in Rio – and it’s exact
as hot as one hopes it will be …
At the Latin American Music Awards 2021 Anitta called “Girl From Rio”
to Billboard as her “favorite song ever”.
“Girl From Rio” will have its TV premiere on May 3rd (Monday) when Anitta will be with the
Song appears on the “TODAY Show”, followed by an appearance on “Jimmy Kimmel Live!”
on May 4th. In addition, Anitta will be featured in the very first television special “Celebra Ellas Y Su
Música ”of the Latin GRAMMYs, which will air on May 9th on Univision.
Otherwise, Anitta continues to cause a stir. Recently she taught the stage
glowed the Latin American Music Awards when she shared with Maluma, Wisin
and Myke Towers put down a powerhouse performance of “Mi Niña” and the award
as “Favorite Artist Female”. It also adorns the current one
Cover of Allure, which they call “an uncensored force”, “who has the face and demeanor
of Brazilian beauty changed ”.
Anitta is currently missing her debut album for with her management team S10 Entertainment
Warner Records put the finishing touches.

ABOUT ANITTA:
Since her breakthrough in Brazil six years ago, Anitta has led a new one
Generation of Latin American music. As the greatest female pop star,
that Brazil has ever produced internationally, it can now look back on over 50
Million Instagram followers and more than 15 million YouTube subscribers with over
5.3 billion views. Anitta was named the World’s 15 Most Influential by Billboard
Counted artists on social media. In July 2013 she released her
self-titled first album ANITTA, the 14 mostly written by herself
Tracks included. Anitta’s second album RITMO PERFEITO was released in July 2014, followed by
their third album BANG 2016. The work comprised 15 tracks and the music video for the title track “Bang”, which has accumulated 404 million views since its release. Her last album KISSES was released in April 2019 and marks Anita’s first trilingual album with songs in Spanish, Portuguese and English. KISSES was nominated for “Best Urban Album” at the Latin Grammy Awards 2019. Since 2014, Anitta has also been named “Best Brazilian Act” at the MTV Europe Music Awards for five consecutive years. It was one of the highlights of the opening ceremony of the 2016 Olympic Games in Rio, where she performed with the Brazilian singer-songwriters Gilberto Gil and Caetano Veloso. Anitta has graced the covers of countless magazines, including Vogue Brazil, Marie Claire Brazil, GQ Mexico and GQ Brazil. She has worked with names like Madonna, Major Lazer, J Balvin, Diplo, Ozuna and Maluma, most recently “Tócame” feat. Arcangel & De La Ghetto ”,“ Fuego ”with DJ Snake and Sean and“ Loco ”and“ Me Gusta ”feat. Cardi B & Myke Towers, which brought her one of her biggest smash hits to date with over 223 million streams to date. Anitta is currently in the studio and is recording her upcoming fifth album, the songs of which she sings in English, Spanish and Portuguese. 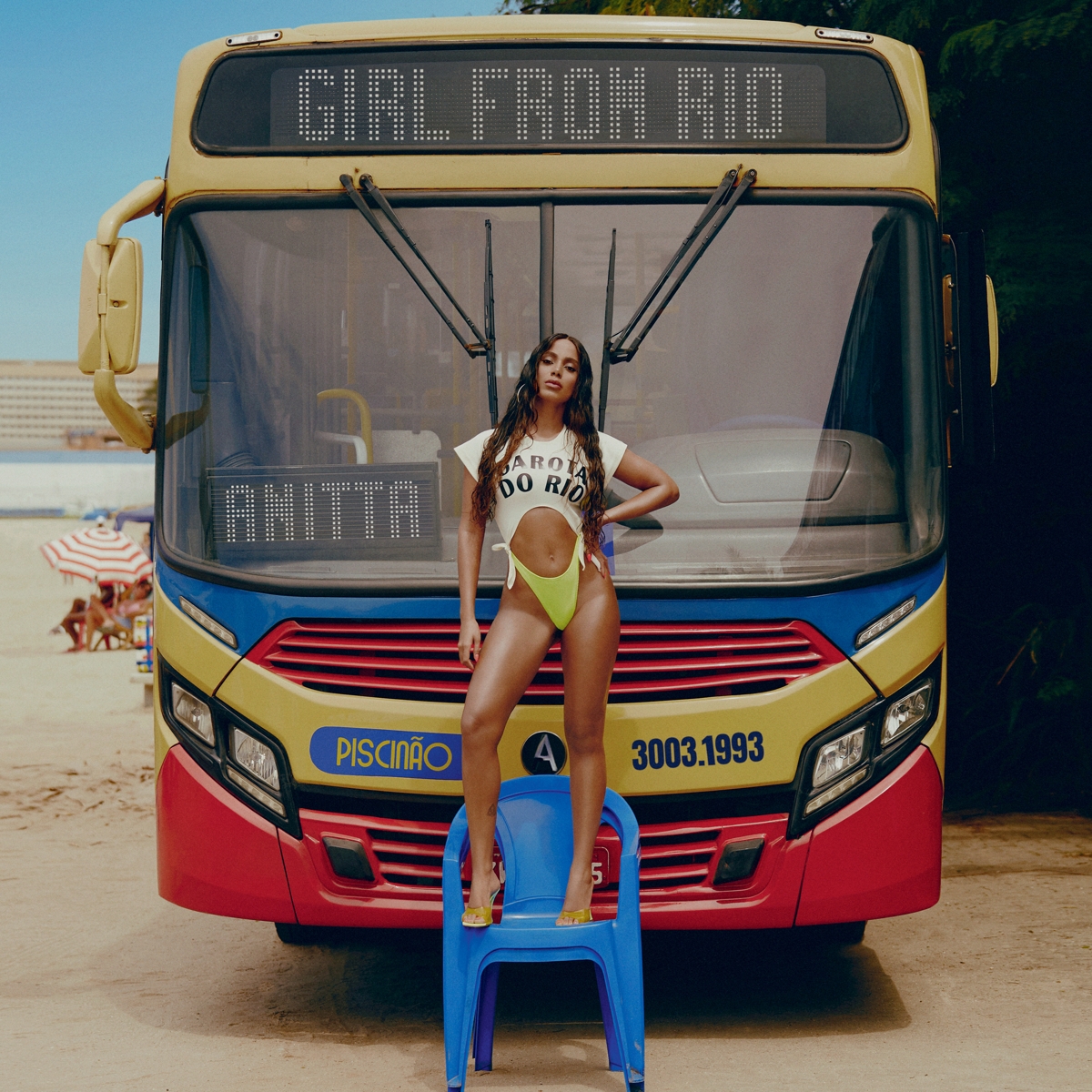