LOU BEGA „Buena Macarena“
The new single will be out on April 30th!

He shaped the musical landscape of the late nineties and set it in motion like no other – and is back these days to build on the carelessness and joie de vivre of those days: Lou Bega has just announced his new album for Electrola! A journey through time to the nineties! But before he ignites the complete 90s hit fireworks, Mr. Bega starts the early summer with an iconic dance prelude: The first single “Buena Macarena” will be released on April 30th! The always cheerful specialist for iconic dances is not only celebrating the 25th anniversary of this world hit, but also providing the soundtrack for the first warm days of the year.

In fact, 1996 was an unusually cold year at first. After a brief heat wave from late May to early June, it stayed rather cool for weeks. Even the soul / hip-hop sound from the charts couldn’t change that. But the tide turned, the summer finally reached us from the south, and this sonic high rolled over everything: The song “Macarena” by Los del Río was the kind of summer hit that not only in Germany, Austria and the Switzerland reached the top position at the same time, but also established itself there like a permanent high pressure area. With 37 weeks in the charts and comparable heat records on the dance floors from Flensburg to Johannesburg, there was hardly any talk of what felt like winter and autumn in the months that followed. In the USA, it was number 1 for 14 weeks.

It was the biggest dance hype of the decade

Almost exactly a quarter of a century after the aforementioned hit (ze) wave, Lou Bega is now picking up on this special summer: His update “Buena Macarena” exudes the same irresistible energy, but sounds even more powerful because it is 100% contemporary. No wonder, after all, the man from Munich always knew how to make something danceable even more danceable: his “Mambo No. 5 “was actually an update for the 50th anniversary of the Mambo forerunner of the same name – and most recently it was the Scatman’s scat sound, which he was supposed to expand to” Scatman & Hatman “. For the Latin specialist, a “Macarena” update was long overdue …

While the ultra-summer swing of “Buena Macarena” this time goes straight to the hips thanks to producer Roland Spremberg (including a-ha, Ville Valo, Natalia Avelon), Lou Bega relies on English lines in the stanzas that only partially relate to the Original cover, of course, in the chorus „alegría“ –the Latin zest for life and joie de vivre – to write on the flag!

After Spremberg and Bega had already recorded “Scatman & Hatman” together, which immediately brought them top positions in the iTunes charts and streams in the millions, the two of them have recently dipped deep into the hit history of the nineties: they have quite a few for their upcoming studio album Classics selected that, to be honest, you haven’t danced to for far too long.

While the US Secretary of State was performing the accompanying dance at the time, Miss Piggy and Kermit later also delivered their version of it …

Since he started playing “Mambo No. 5 ”was able to conquer number 1 in the charts in 21 countries, Lou Bega is one of the absolute party hits in the international music world: This was followed by good mood anthems such as“ I Got A Girl ”,“ Gentleman ”,“ Boyfriend ”or“ Sweet ” Like Cola ”, after which he was even able to appear as Cher’s special guest after receiving his GRAMMY nomination in the USA. In total, the two-time ECHO winner has already sold over 6 million singles, over 7 million albums and a good 40 million compilation albums.

With his “Macarena” update, Lou Bega is now opening the next chapter of his career: Nobody embodies the carefree spirit of the nineties better than he …

P.S.: If you’ve forgotten, the dance begins like this: Bring both arms forward one after the other; Turn palms one by one from bottom to top; right hand> left shoulder; left hand> right shoulder etc. And don’t forget the 90 degree jump 😉 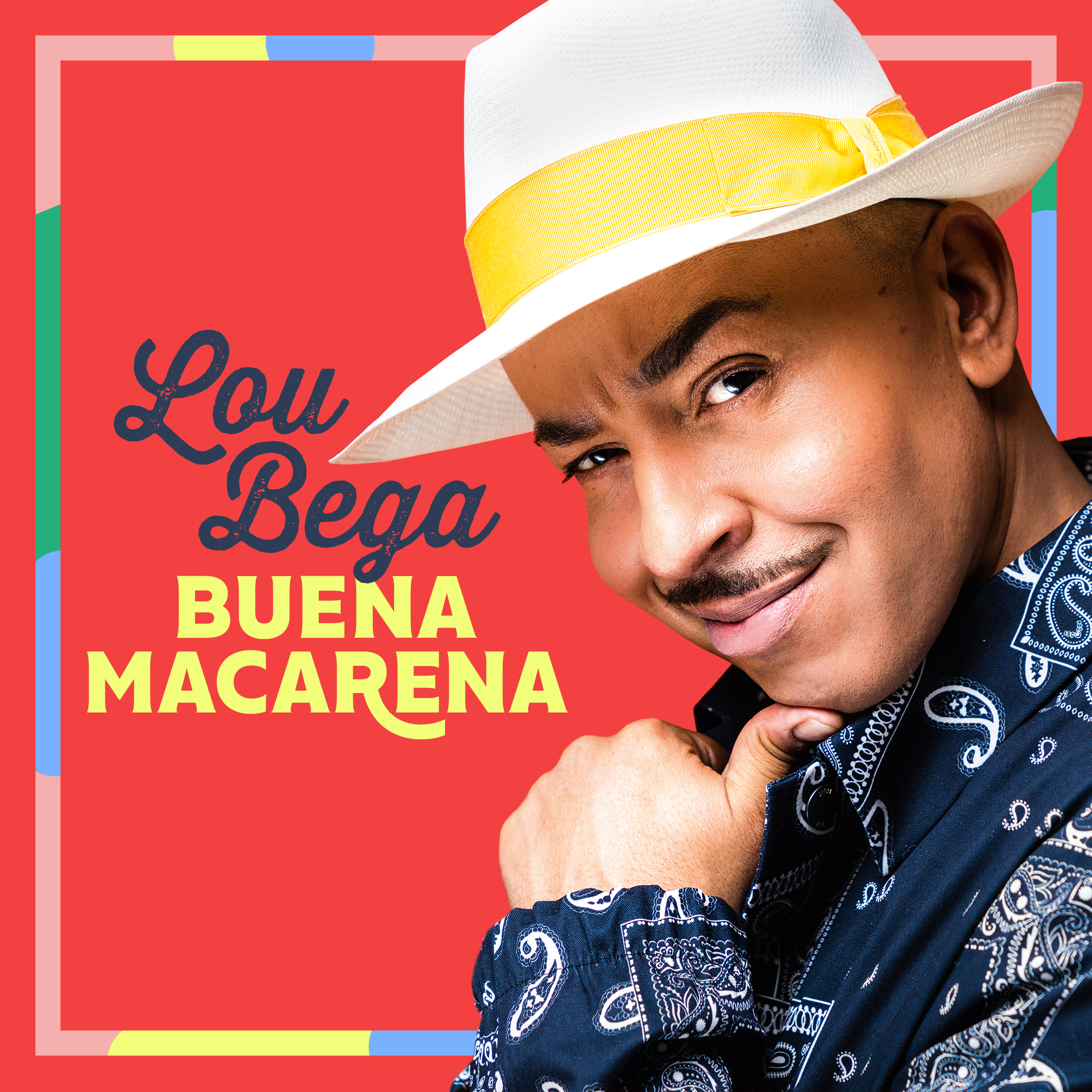