The multiple Grammy award-winning Rock And Roll Hall Of Fame guitarist Carlos Santana announces the first single on his star-studded new album “Blessings And Miracles”: With “Move” he is now sending the first outtake ahead, which is also the new and with The highly anticipated collaboration between the music legend and guitar icon and the well-known Matchbox 20 singer Rob Thomas.

The further collaboration between Carlos Santana and Rob Thomas was awaited with breathless excitement by fans all over the world, who presented a Grammy-winning world hit with their 1999 smash “Smooth” – with their new track the two musicians exceed all expectations and are now laying a brand new classic.

“Move” was basically created the same way as “Smooth,” says Santana. “As if some divine intelligence was pulling its strings behind the scenes. I knew immediately that I would have to take on Rob. The song is about awakening your molecules. To get yourself going and to get active. You already know how to move. When Rob and I work together, the result is an absolutely wonderful sound. ”

The song is a direct hit from the start. Even the vibrantly lively guitar lick at the beginning sets everything on fire before the powerful swaying groovy mix of pop and Latin rock lets the catchy tune blaze in your ear canals for days. The track is carried by Thomas ‘dynamic, sensual and magnetic vocal performance, which is reinforced by the resounding vocal parts of the American Authors (especially by band member Zac Barnett, who takes on the lead part of the second verse). Santana completes this fantastic vocal performance as only he can: With brilliantly shimmering solos that explode like earthquakes in the song. Everything is rounded off by a powerful brass section and a refrain that sets even the most inert masses in motion.

In the run-up to the release of “Blessings And Miracles”, Santana and his band will finally return to the concert stage after a year of hiatus. Starting August 25th, Santana will continue their long-term show residency at the House Of Blues at the Mandalay Bay Resort And Casino in Las Vegas. The shows will be from 25.08. until 04.09. as well as from 03.11. until December 11th be visible.

Santana’s Blessings And Miracles tour begins September 11th at the Borgata Spa & Resort in Atlantic City, New Jersey and stops in Richmond, Virginia, Orlando, Augusta, Tulsa and other locations before concerts at the Choctaw on October 2nd Grand Theater in Durant, Oklahoma.

Further information and tickets at:
Santana.com

About Carlos Santana:
For more than five decades – starting in the early days as a pioneering Afro-Latin-Blues-Rock-Fusion formation in San Francisco – Carlos Santana has been a visionary who has defied all musical, cultural, geographical and cross-generational boundaries with his art and expands it in his sense. Today Santana looks back on ten Grammy Awards and three Latin Grammy Awards; with a record-breaking nine Grammys for a single project: The 1999 released “Supernatural” album (including awards in the category “Album Of The Year” and “Record Of The Year” for “Smooth”). He received the Billboard Century Award in 1996, was inducted into the venerable Rock and Roll Hall of Fame in 1998, received the Billboard Latin Music Award in the Lifetime Achievement category in 2009 and the 2013 Kennedy Center Honors Award. In addition to countless other awards, Carlos Santana was included by Rolling Stone at number 15 on the “100 Greatest Guitarists Of All Time” list and, along with the Rolling Stones, is one of only two bands that have made an album in every decade since the 1960s be in the top 10.

In 2018 he was represented for the first time in the “MasterClass” series and recently celebrated three literally epic milestones: The 20th anniversary of the release of his groundbreaking album “Supernatural”, the 50th anniversary of his legendary performance at the Woodstock Festival and the 50th anniversary of his masterpiece “Abraxas”. His last album, the powerful and inspired by African sounds and rhythms “Africa Speaks” (2019) was hailed by American National Public Radio as his “best album in decades” and by the New York Times as “one of his most passionate albums during its 50th anniversary -year-year career ”.

Guitar legend Carlos Santana releases his brand new single “Move” and in renewed collaboration with Rob Thomas builds on their common platinum hit single “Smooth”. The title is also supported vocally by the band American Authors. “Move” is the first release from the long-awaited new album “Blessings And Miracles” (15.10.2021)

Facts Rob Thomas:
• Singer of the band “Matchbox Twenty”
• He celebrated his first successes as a solo artist in 1999 with “Smooth” together with Santana
• In 2001 he was inducted into the South Carolina Music and Entertainment Hall of Fame as the youngest artist to date
• In 2004 he was the first to receive the Starlight Award from the Songwriters Hall of Fame
• In 2007 the single “Little Wonders” was in the German charts for weeks 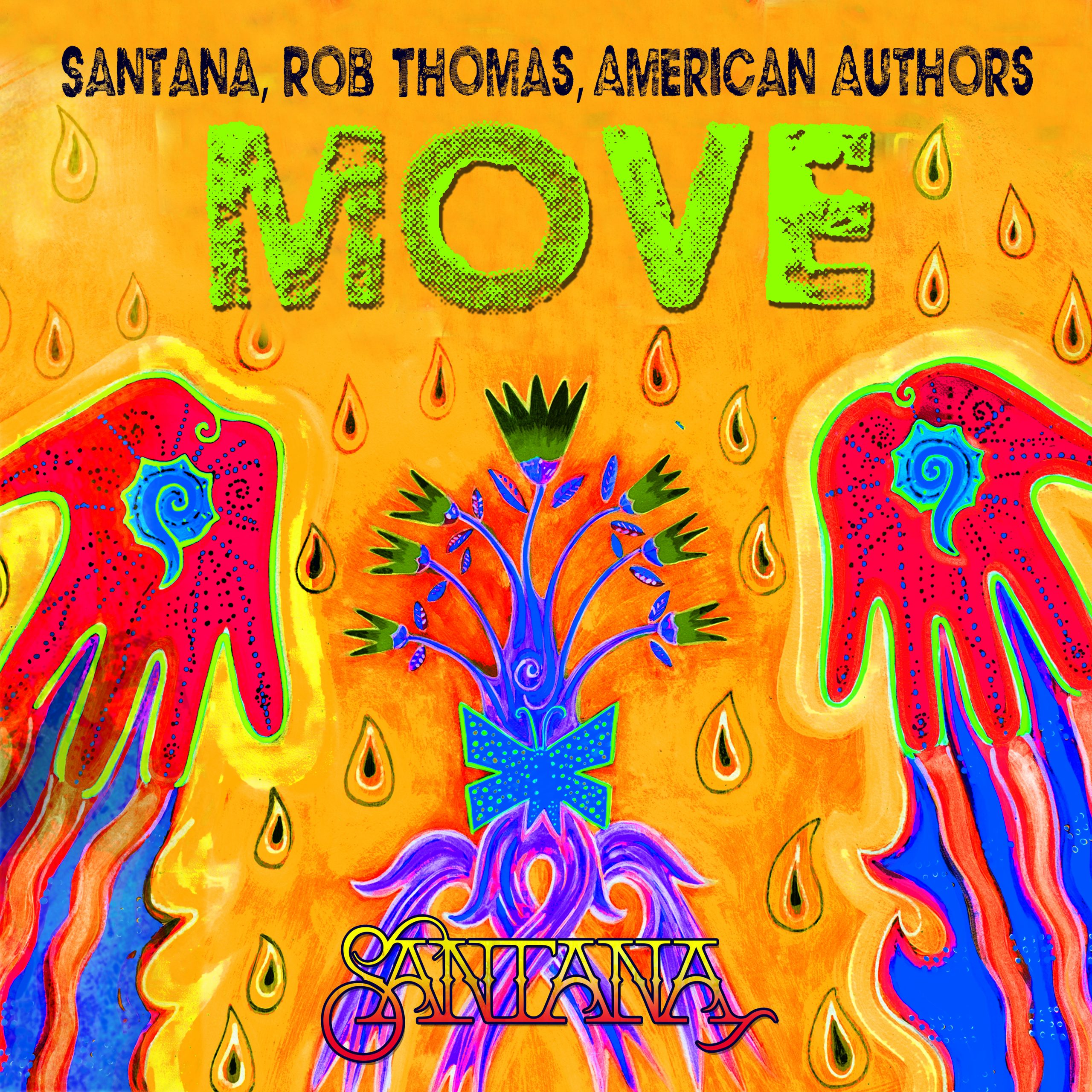